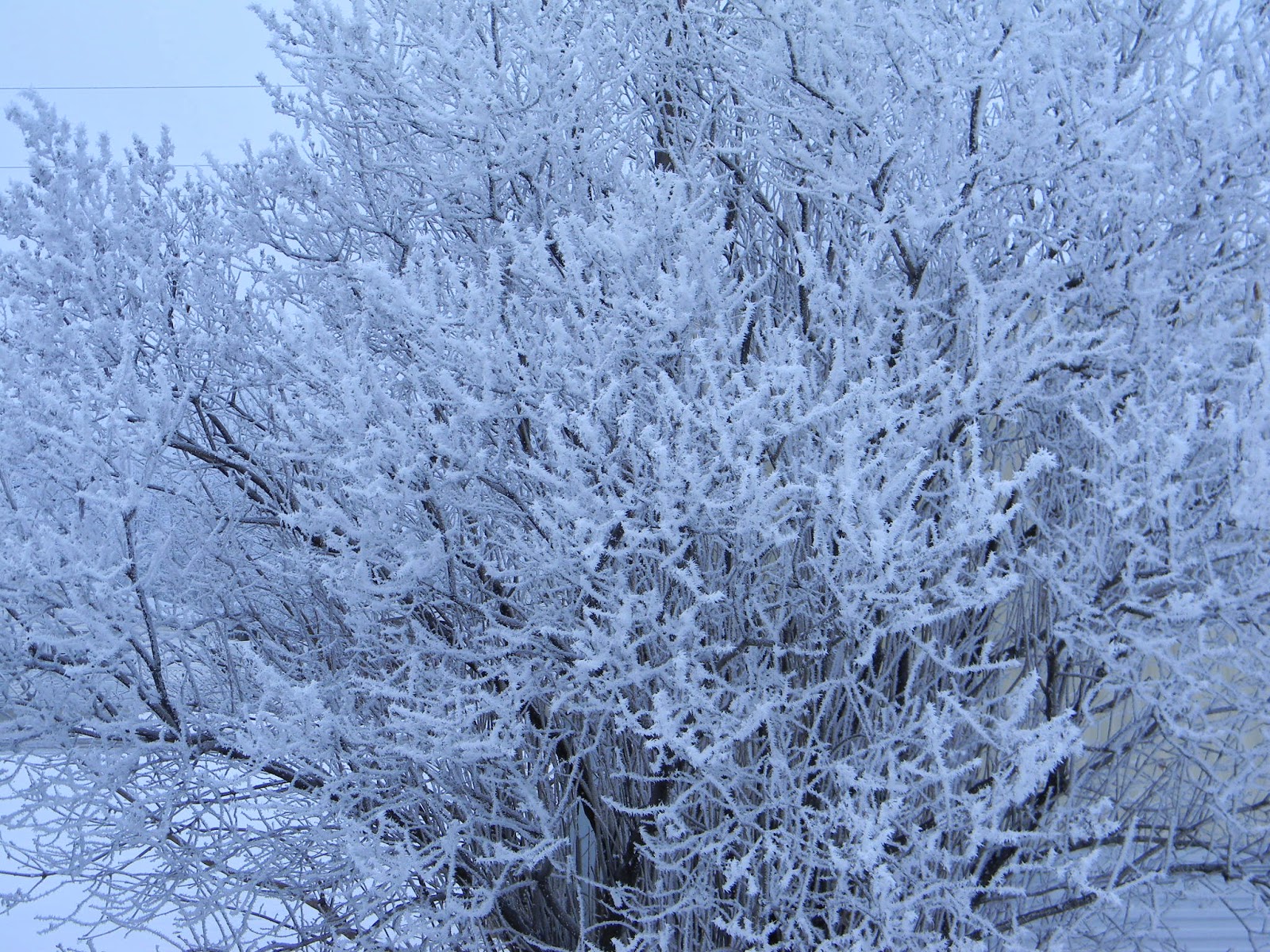 We've had a lot of foggy days this past week with 4 straight days of freezing fog and then again yesterday.  This was a picture of our tree this morning.  It's absolutely beautiful to behold.  This freeze was slightly different last night in it frozen like shards on the limbs.  It normally looks more like moss growing on the limbs. 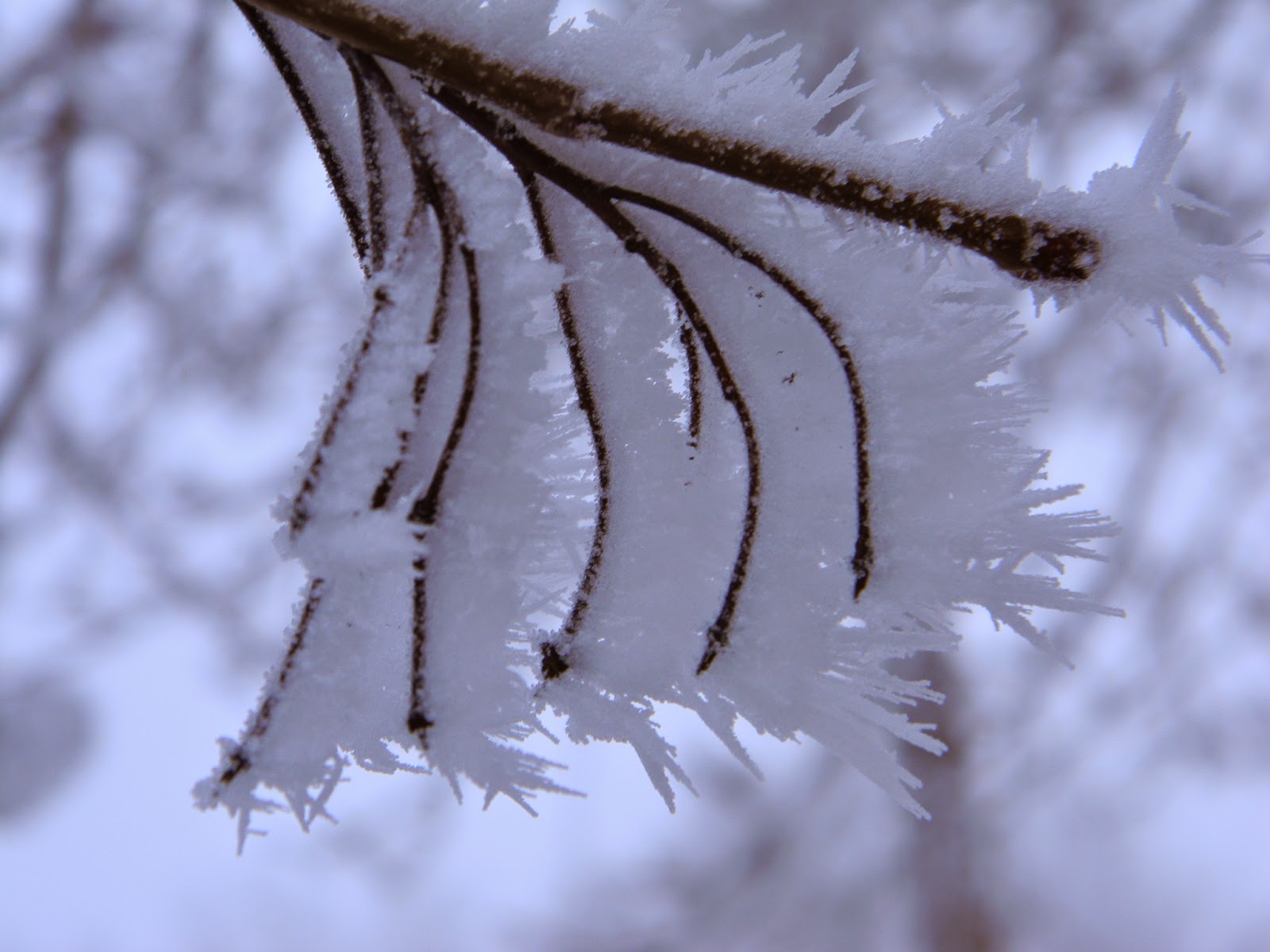 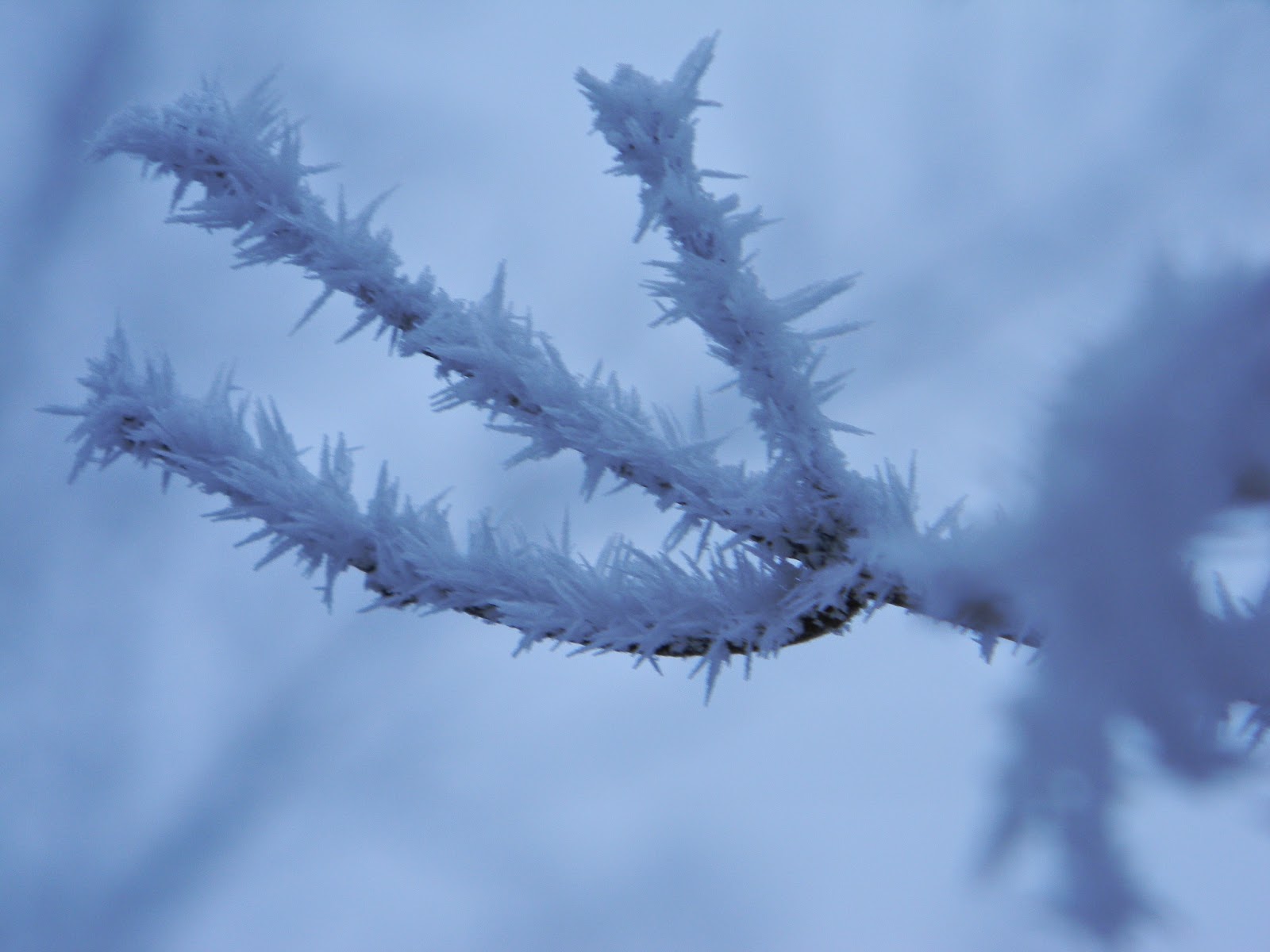 The skies have been grey and overcast all week.  I wish we could see a bit of sunshine.  It's just been downright gloomy! 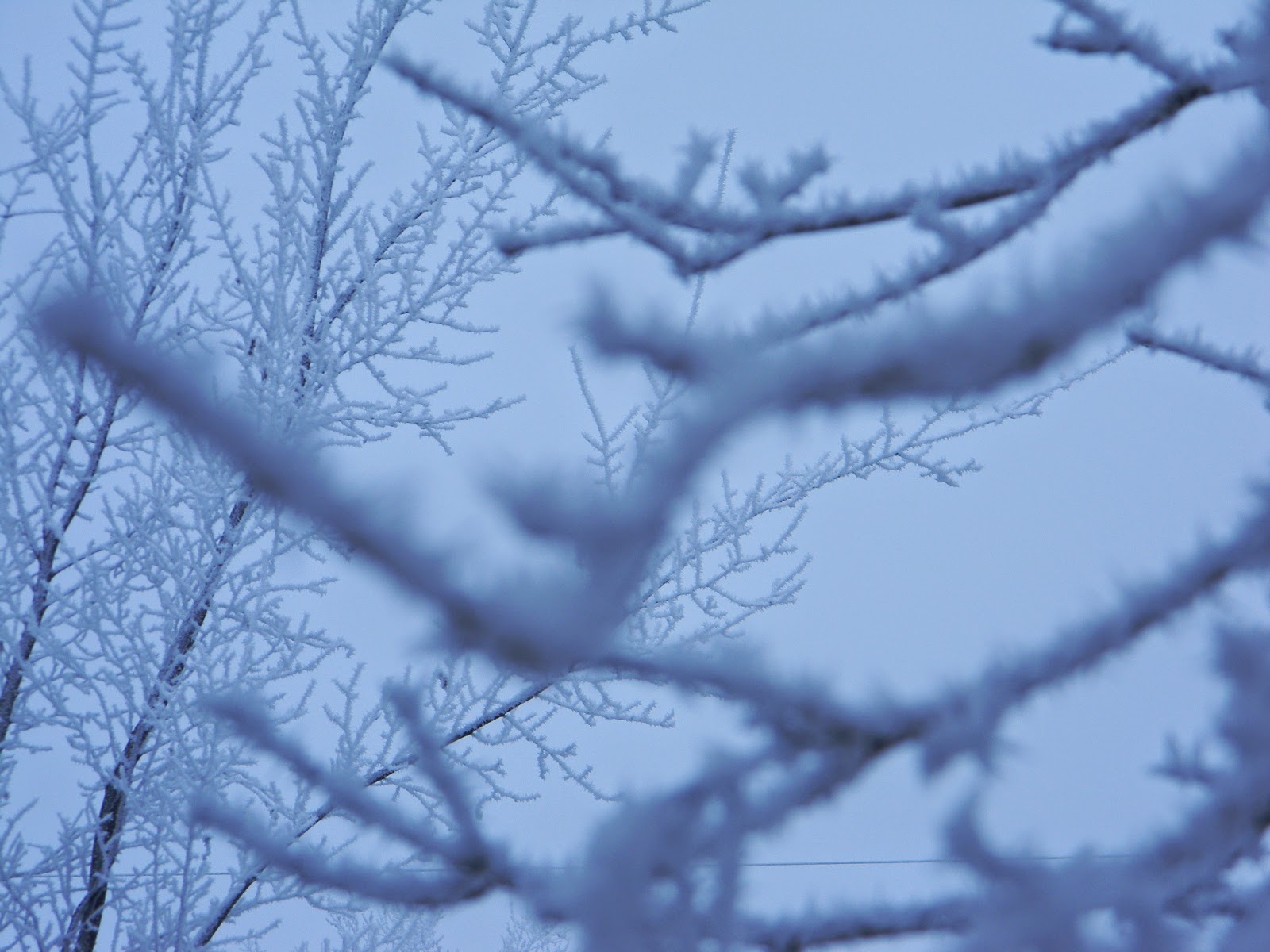 My crazy work schedule for the past three weeks has finally been fixed and I'll be working my requesting 12 to 16 hours per week at my second job instead of the 24 they've been giving me.  I honestly don't know how some of them do it.  There are several that work 24 or more hours on top of their full time jobs.  I was overwhelmed with just three weeks of it.  It felt like I did nothing but work with no breaks.  I have three days in a row off this week!!!!  I may go into shock at all that time off! Granted I'll be busy two of those days cooking for Christmas but I won't be at a cash register or computer.

I finished my Christmas shopping and have everything wrapped and under the tree except for the stockings.  Hopefully everyone will like the gifts I bought. I wrapped everything Friday night after Matt went to work while watching A Christmas Carol (1938 version). It's the only free one on Amazon Prime. I'll have to dig through my DVD's and see which ones I have.  I'd like to watch the one with Patrick Stewart. It's my Christmas tradition to watch as many versions as I can each year. I use to watch A Christmas Carol and Scrooge movies with my Grandma and Uncle Keith. I can remember staying up Christmas Eve after we got back from church watching some version until I fell asleep. I finished all our family and friend holiday cards last Sunday and finished doing the cards to my Mary Jane's Farm friends today so I think I can safely say that I'm done except for cooking.

Today I made some minty biscuits for the pups to help their bad breath.  The biscuits are cooling in the oven now so they haven't tried them.  Took them outside and when we came back in the wonderful smell of mint filled the kitchen.  Oreo has been whining since they went into the oven so I suspect she knows there are treats in there that she wants.

CRAFTING:
I started a 10-Stitch baby blanket this week for a girl that I use to work with.  Since Matt's flying back to Michigan after Christmas to visit his family and friends, I plan on using the time to do some intense knitting and cleaning.  My friend is having a baby girl so I'm doing it in a solid pink.  Hope it turns out.

READING:
Dark Wolf by Christine Feehan. This is a continuation of a large /vampire/shifter series she has. Both characters have been appearing throughout the series so I was interested to read how they finally came together. Skye, the female character, was a child when she first appeared in the series so it was interesting to see glimpses of her growing up in other books and now to have reached adulthood. I have lost interest in the series as it seemed to be the same thing over and over.  This is book 25 so there are a LOT of books in the series.  I really liked this one and I'm glad I bought it on my Kindle to keep.

RV Boondocking for Beginners by Steve Plant.  Short book that was free on boondocking but has gone up to $2.99.  Great beginner resource.  If you've considered getting an RV and/or boondocking this might be a good starting book.

Plain & Simple Traditions: Amish & Mennonite Holidays by Sarah Price. This is a new release as of this past week that was $2.99 on Kindle. I had pre-ordered this after she posted pre-order information on her Facebook page last month.  It was interesting to read how they celebrate and there are a ton of recipes. A lot of the recipes I've tried but there are some new ones. The one thing I didn't like was her putting the lyrics to Christmas hymns in. I understand that some people may not have heard of the hymns but I would have preferred more information and examples.