Saturday was the wedding so we didn't have a lot of time for exploring.  We met up with Matt's sister Mitzi and her family and headed to Sault Ste. Marie to see the Soo Locks.  We had breakfast at a restaurant across the street from the Locks.  Matt tried their pancakes, which they claim are the best pancakes in Sault Ste. Marie.  He felt his flapjacks are better.

The Soo Locks is a way for ships and boats to get from one Great Lake to another. They have a wonderful observatory that has several levels to watch the ships go through.  It reminded me a lot of when I was in the Navy standing on the third deck fantail watching the ships go in and out, 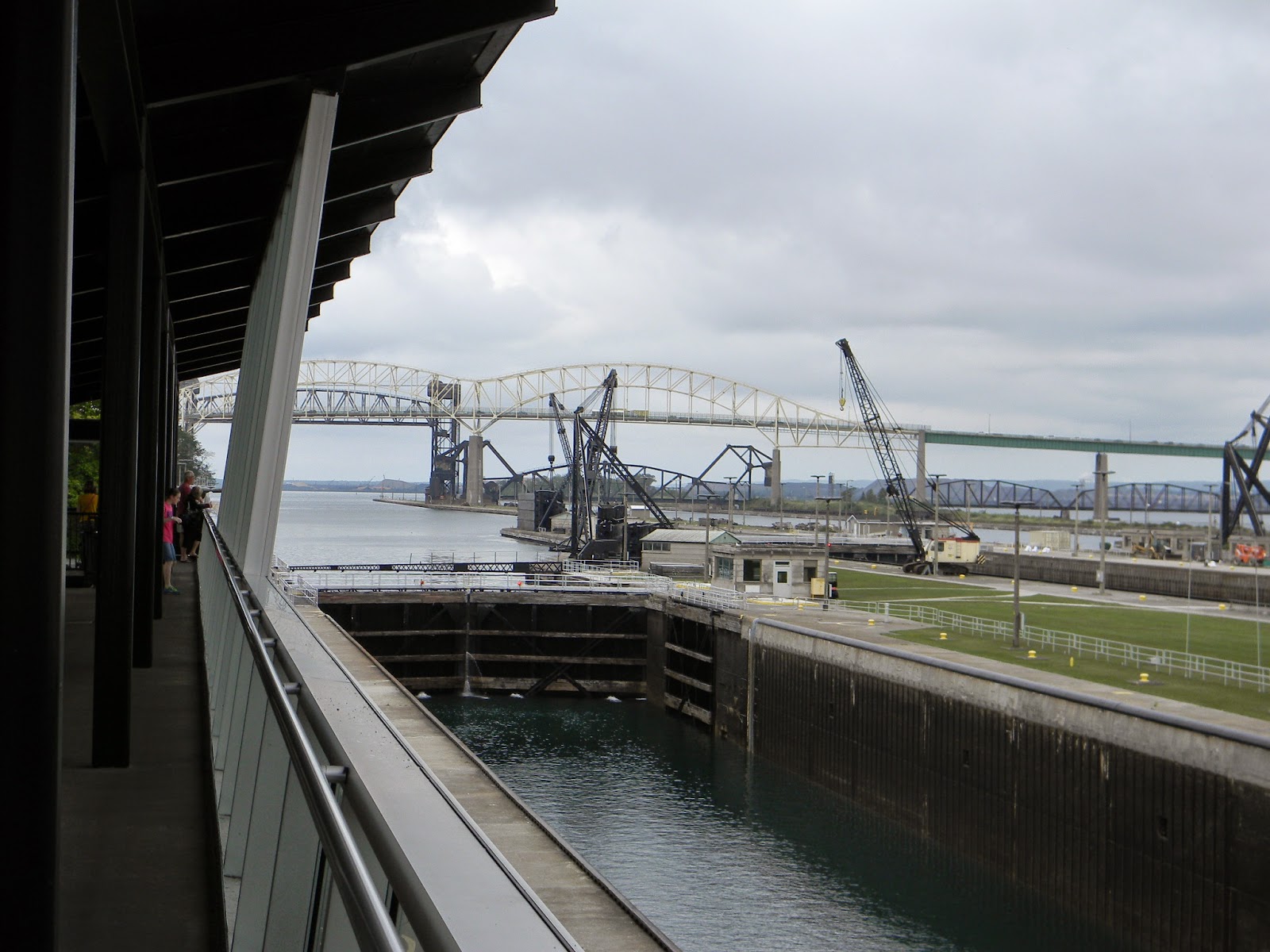 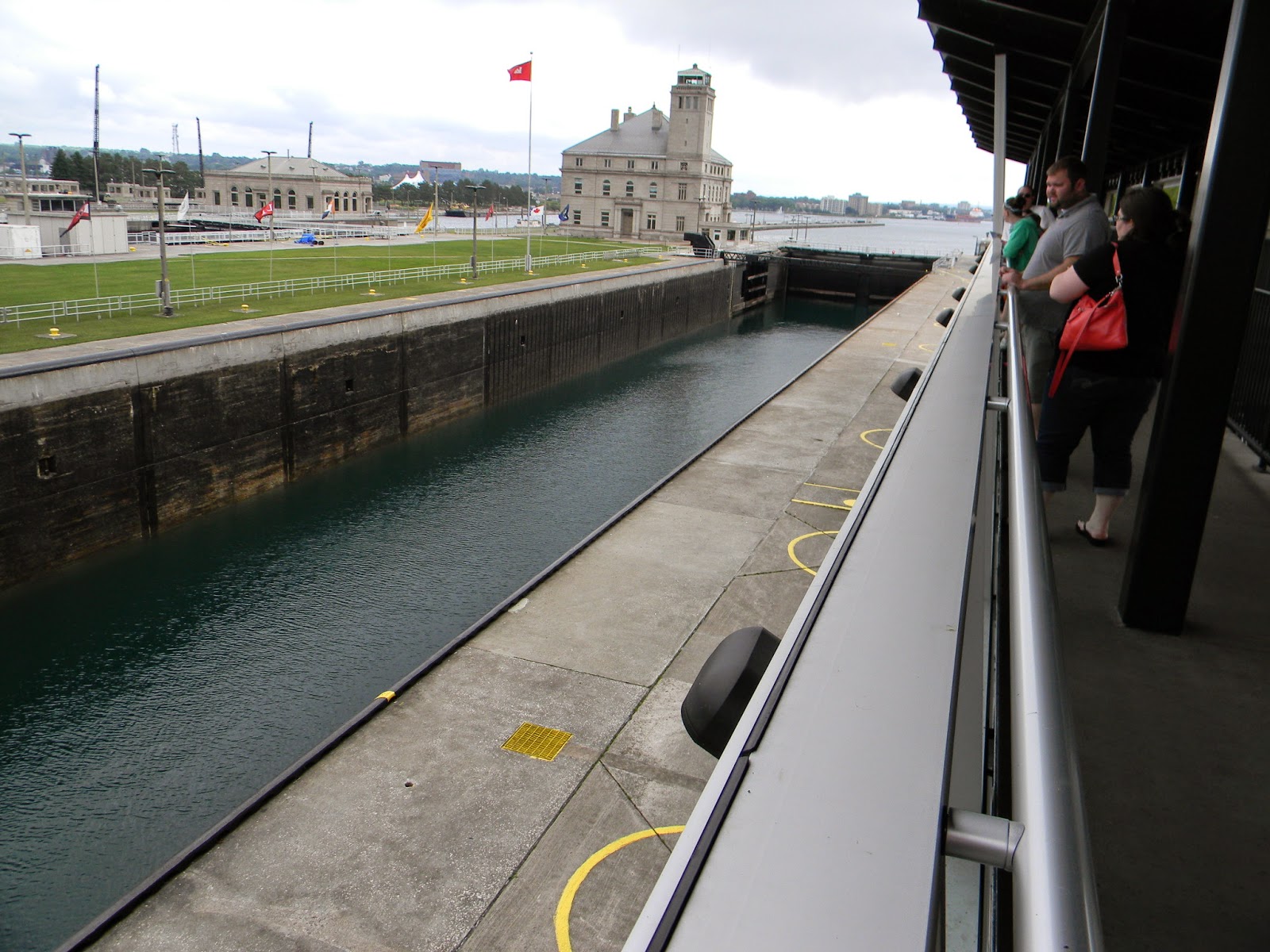 We were very lucky that a ship, the Edgar B. Speer, went through while we were there. The ship was almost as wide as the Lock, I think there was like 6 inches difference.  You could hear the ship scraping the sides as it went through. 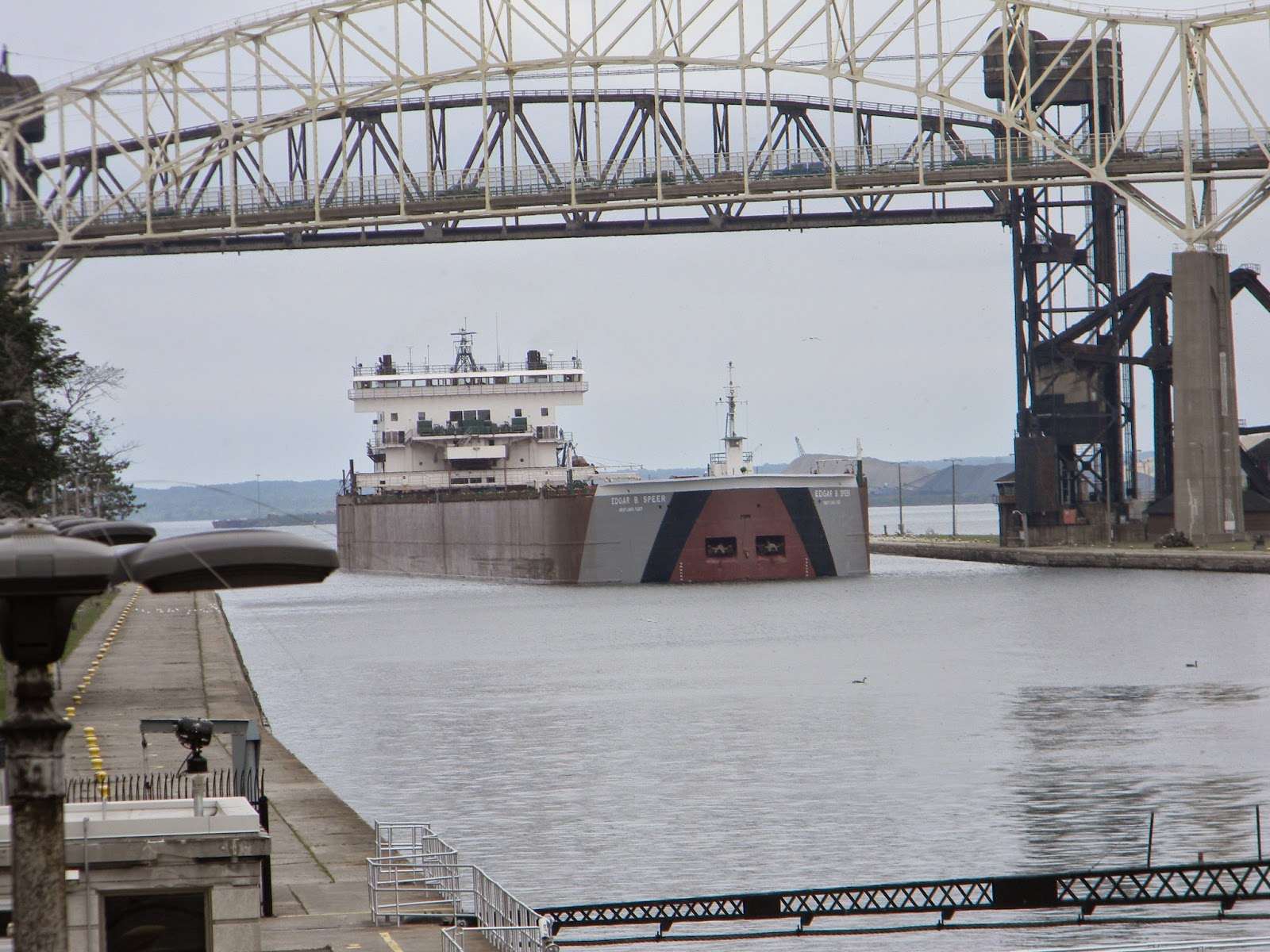 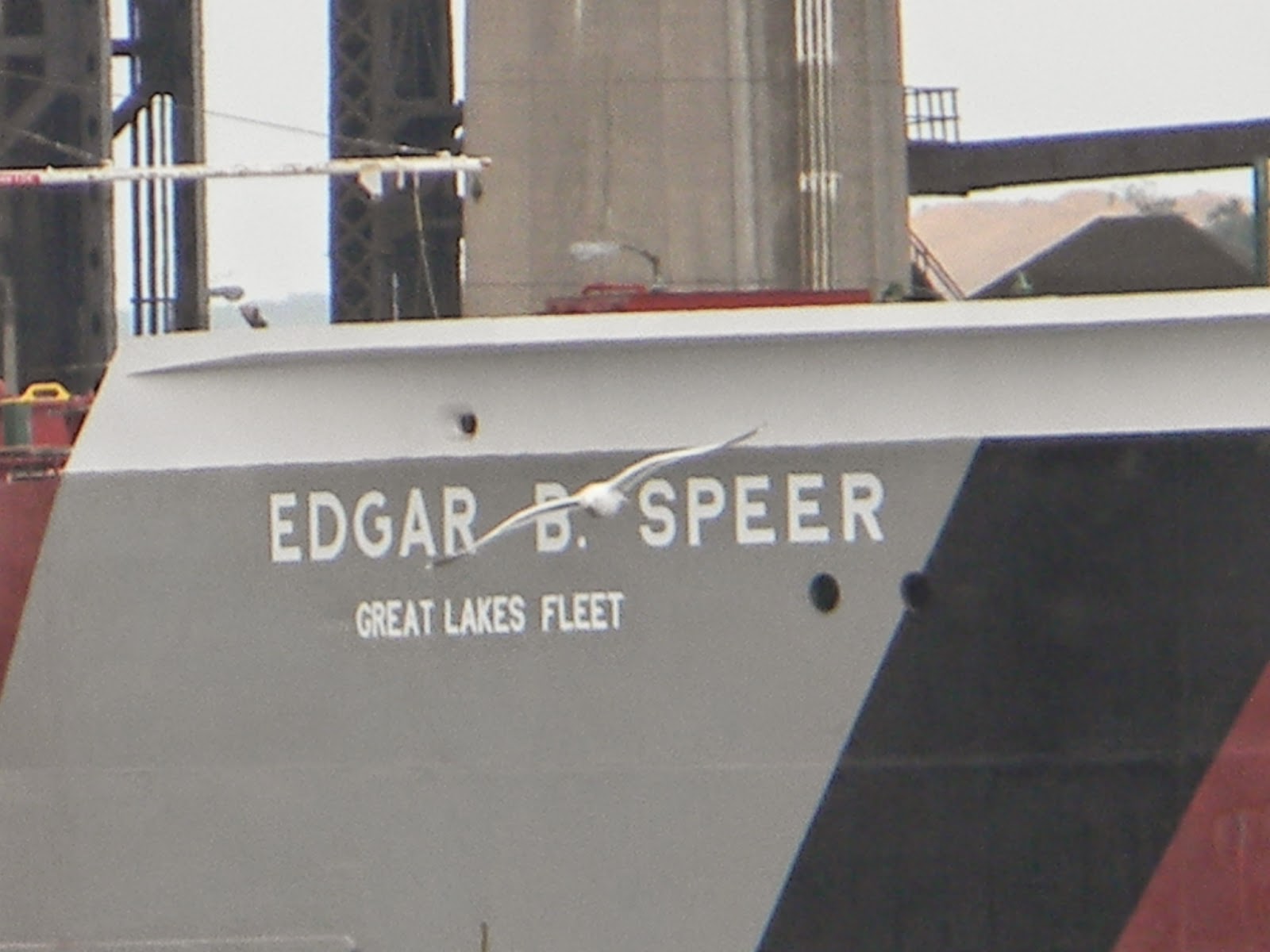 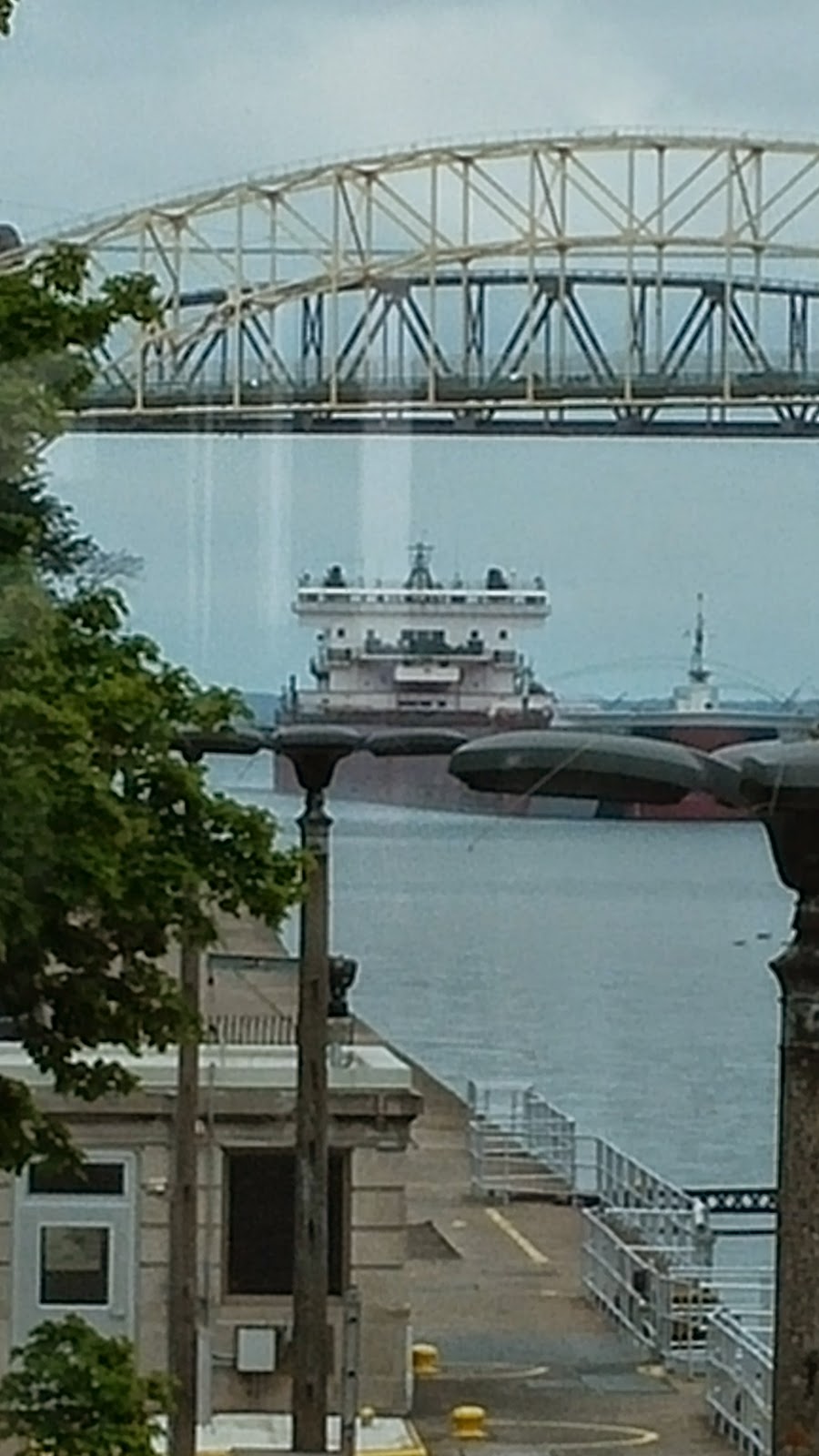 While we were waiting for the Edgar B Speer to get to the Locks, a small boat went through.  It was nice that they had a schedule for when ships were to go through. It was interesting to see such a small boat go through such a large Lock. I wondered how much it cost a boat this size to go through. 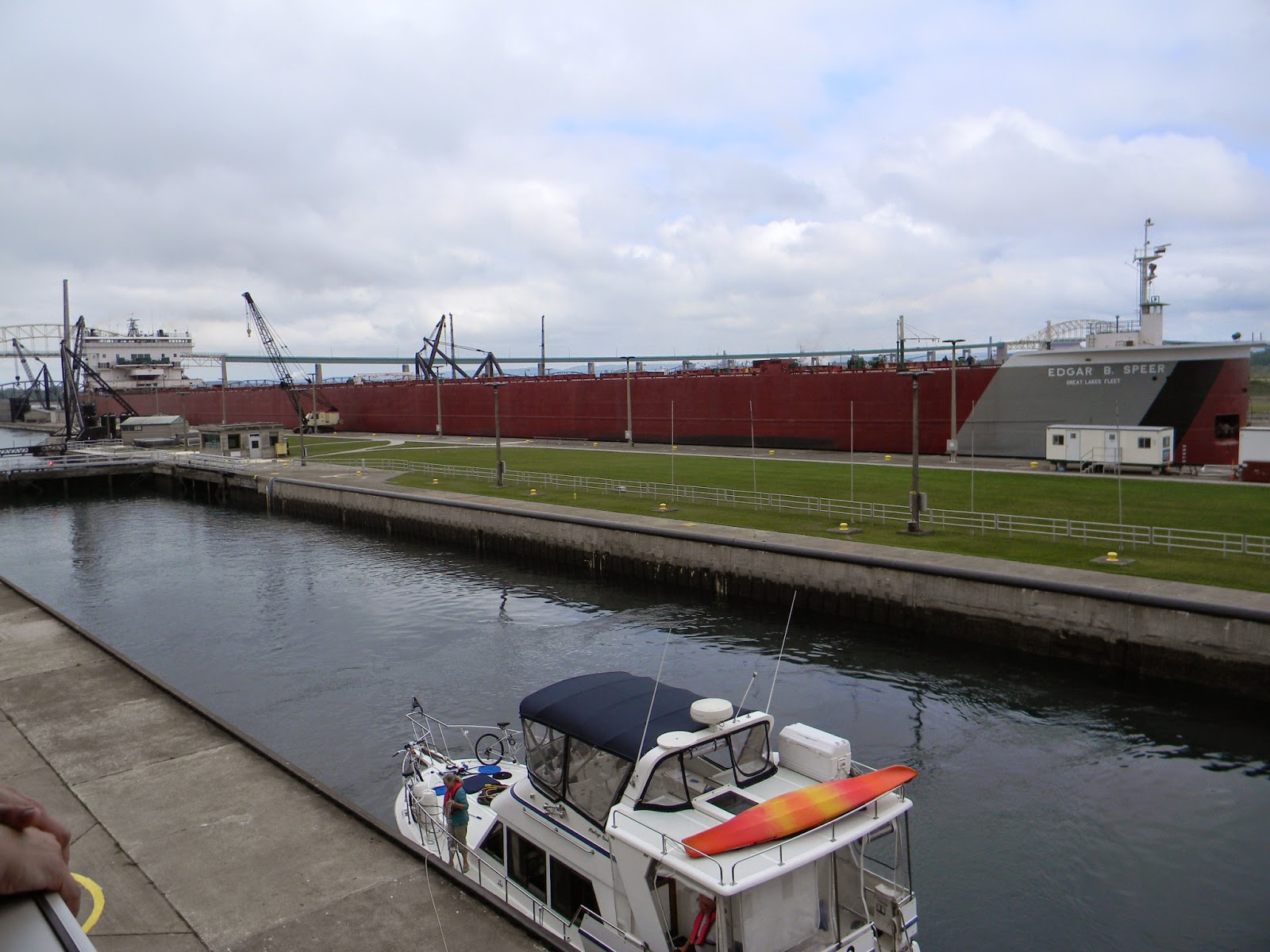 Before we headed back the guys insisted on going to the Soo Brewery to try out some beers.  The women went shopping.  I decided to tag along with the guys as I wasn't in the mood for shopping. The guys all got the sampler and several bought growlers to take back for later.  I tried the root beer, which was okay but nothing special in my opinion.

The rest of the afternoon and evening were spent at a beach wedding and the reception afterwards at the Wild Bluff Golf Course.  The food was delicious and we had a very enjoyable evening with Matt's family.  The reception was held under a large white tent next to the building.  It had a beautiful view of the pond behind.  Below are the beautiful couple. 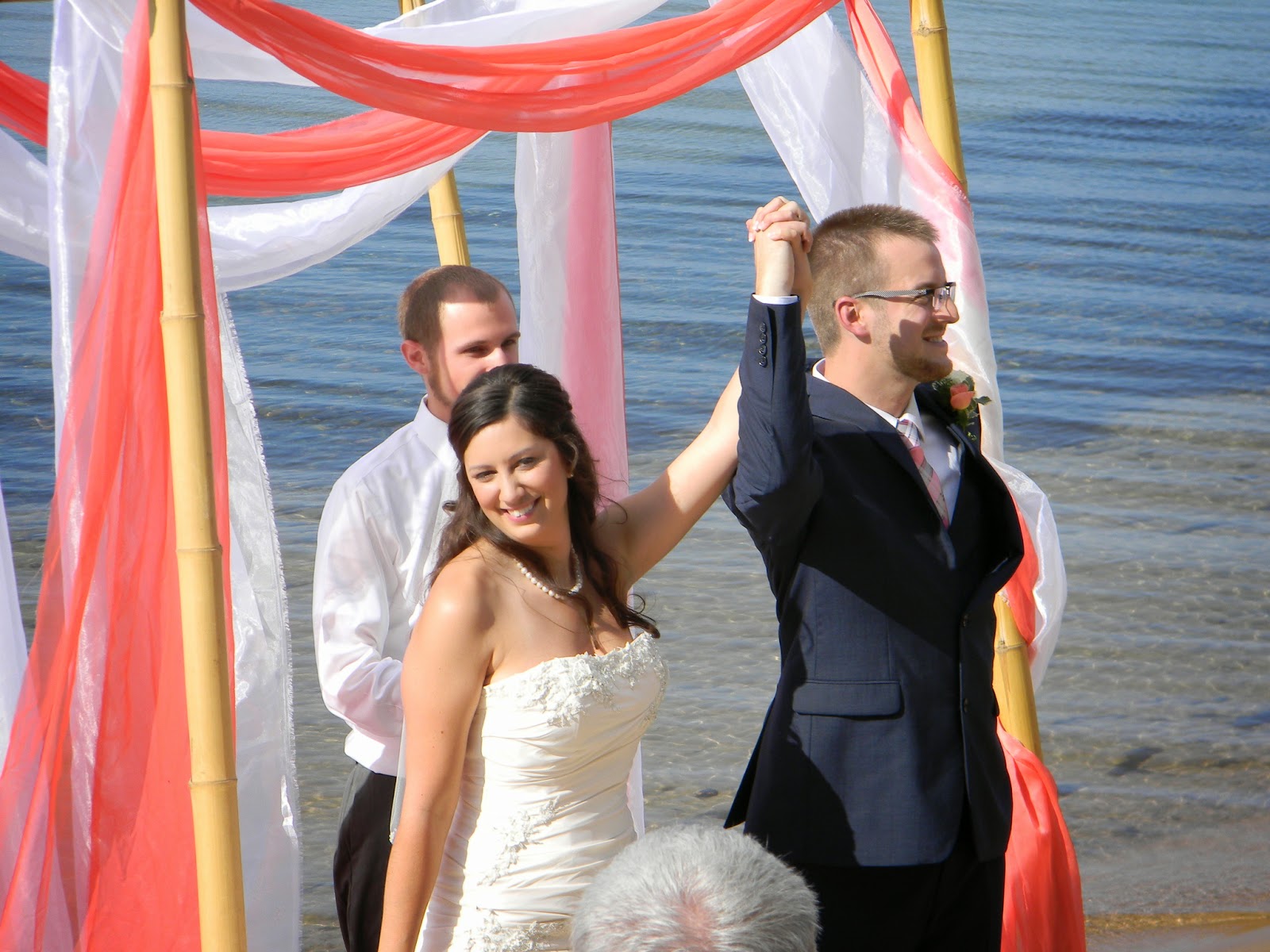