The morning was disappointing.  With temps being predicted to be well over 50' I had expected to be outside to enjoy the warmth of spring but the winds were 20 mph or higher and it just wasn't the kind of weather to be outside in.

My first stop Saturday when I left for my errands was to stop at Goodwill.  I picked up several more sheets.  I think I have enough to do a red, white and blue rug next or maybe a table runner.  While I was there I noticed a large oak computer desk with hutch for $40.  I mentioned it to Matt when I got home so we ended up going back and he liked it enough to buy it.  He's been wanting a larger desk.

We attended  the dinner theater at The Arts Center.  The play was Relative Values and was about 3 hours long.  They were in the final act when the fire alarm started going off.  Nobody knew why it was going off.  They checked for a fire and found nothing.  They couldn't get the alarm off.  The couple on the stage when it occurred started ad-libbing about the situation.  It was pretty amusing.  Fortunately they found somebody to turn it off.  Since the play was a British comedy they served roast beef, scalloped potatoes, carrots, and a roll.

Temps were wonderful with a high just over 50'.  After my disappointment with the weather Saturday I didn't expect much today.  I did take the furkids out for a wander around the neighborhood.  Matt was outside and he came in and told me to come outside to see something.  It seemed like a million geese in multiple groups flying over head.  They just kept coming.  It's a wonderful sign of spring.

My morning and the early part of the afternoon was spent working on the rag rug.  I ripped it totally out and started over, ripped out part of it again and finally finished it today!  The rug consisted of 4 sheets that I ripped up into 2" strips and crocheted.  I can't wait to for Matt to build my twining frame so I can twine/weave them.  Trying to get the corners right can be difficult. 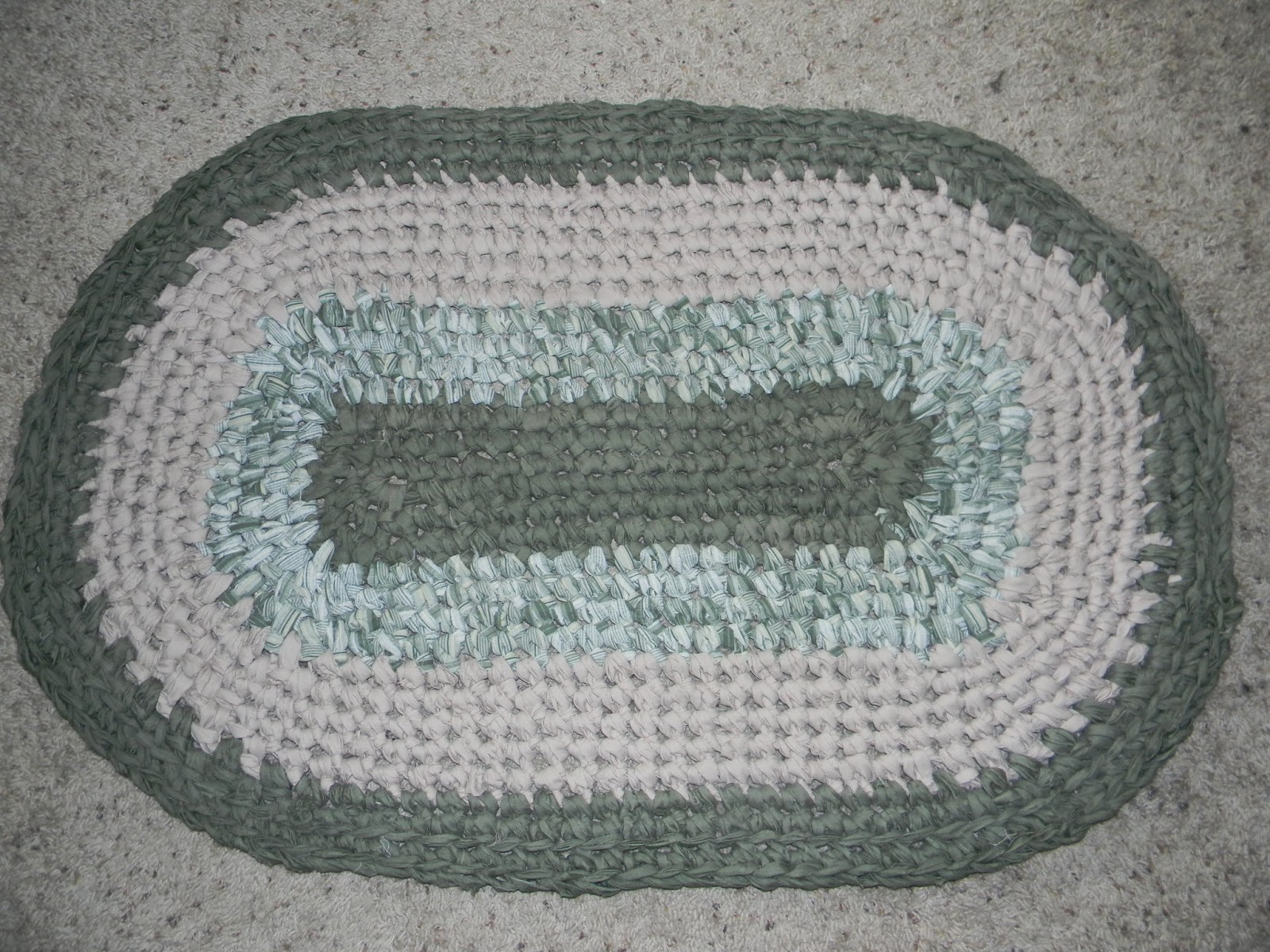 Since I planned to work on the rug most of the day, I decided to make something for breakfast.  I frequently pick up a package of cheese danish for the weekends. This Easy Cheese Danish was so easy and so good! I found the recipe on Pinterest.  It was super easy to make and I got 2 thumbs up from Matt. 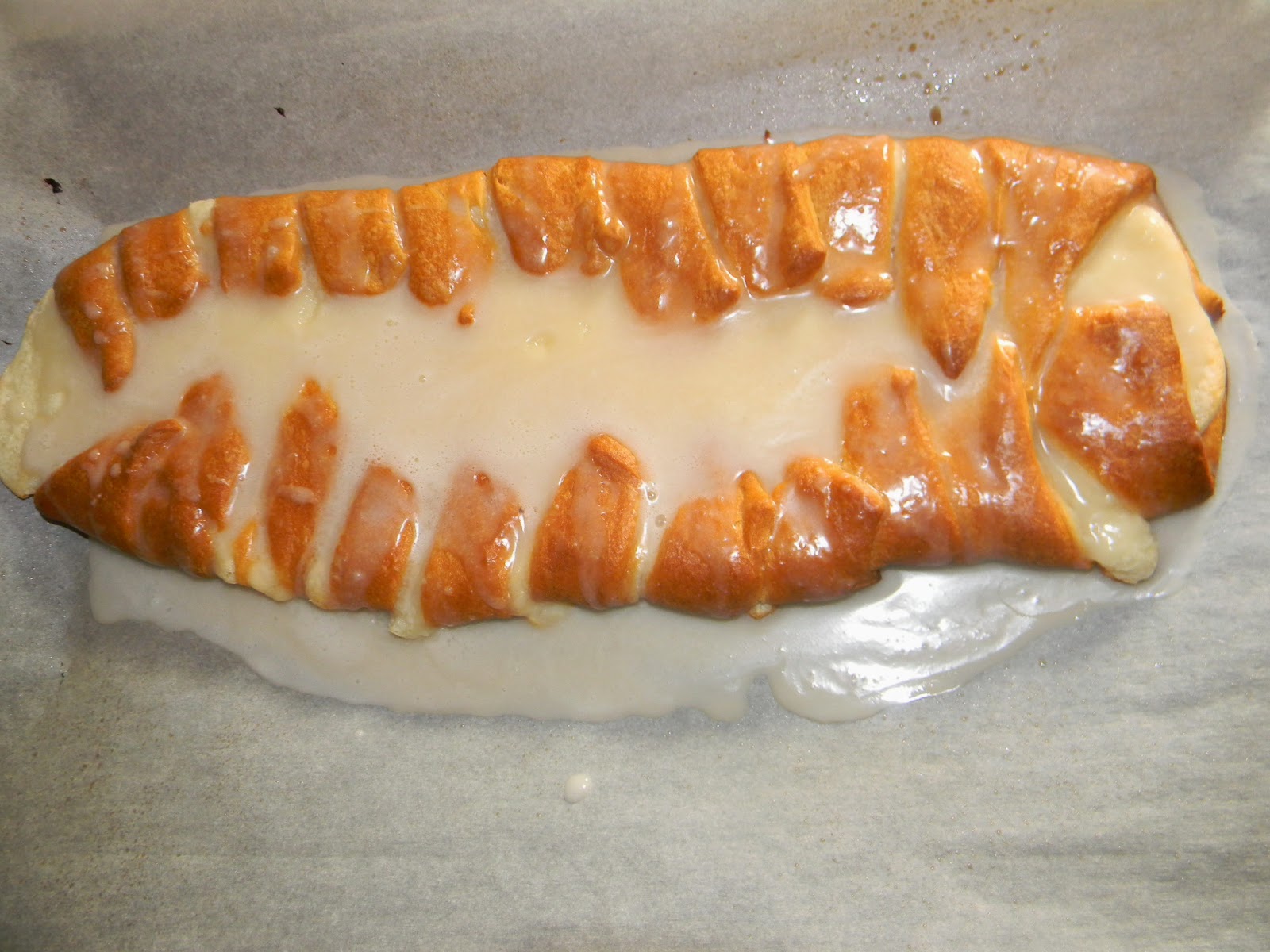 Basically it's just 1 roll of crescent rolls.  Mix 1/2 cup sugar and 1 tsp vanilla with room temp package of cream cheese.  Roll out crescent rolls and smush the lines together so they don't pull apart - so you have a large rectangle.  Cut in lines diagonally about every 1" to fold over.  Smear cheese mixture down center and then pull sections in alternating so they appear to be braided.  I decided to put this on parchment paper on the baking sheet for ease of clean up.  Bake at 375 for 20-25 minutes and allow to cool.  Mix 1 cup powdered sugar, 3-4 tablespoons of cream, and 1 tsp vanilla.  Drizzle over.  I was surprised at how much this made.  We have enough left for breakfast tomorrow if he doesn't eat it for a snack tonight.
at March 30, 2014