It's been a heartbreaking month for me.  I've lost two of my beloved dogs, Tip and Oreo, within two weeks of each other.  Tip's heart gave out and Oreo plunged into deep dementia/Alzheimer's after losing what little sight she had left.  Tip missed his 15th birthday by a month and Oreo would have been 18 in October so they lived a good life, I just wish I'd gotten more time with them; although, I don't think I'd have been ready to lose them ever.   I lost Tip on August 17th and Oreo on August 31st. 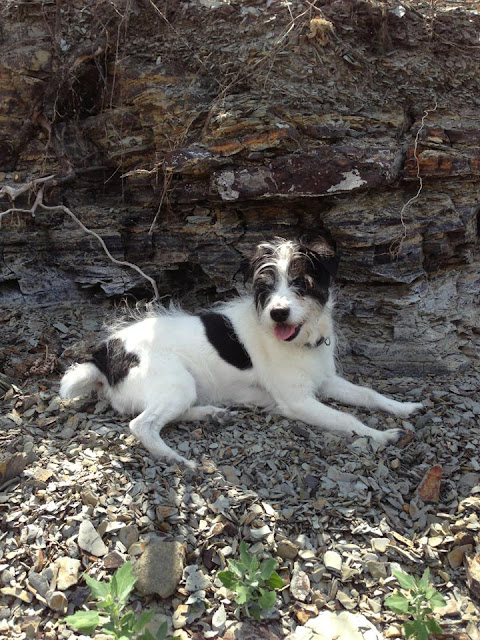 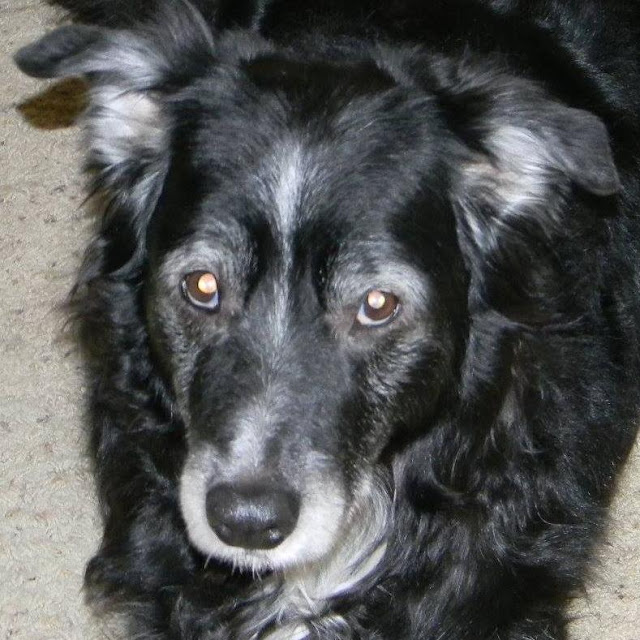 Matt and I actually ventured from home this month.  We spent a beautiful 4-day weekend in Minnesota on the lake with friends.  Tip got to go on the trip with us and enjoyed laying in the lake like he so much loved. The picture below is the pups hanging out by our tent.  We camped in the back of the cabin this year by the lake.  Absolutely beautiful. 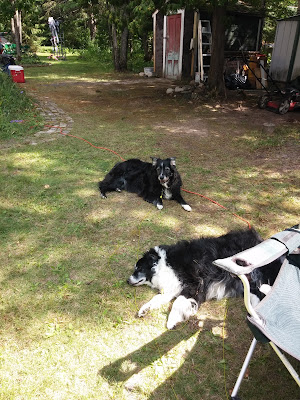 The couple we stayed with renewed their vows at the cabin, which was lovely.  This was after the vows ceremony. 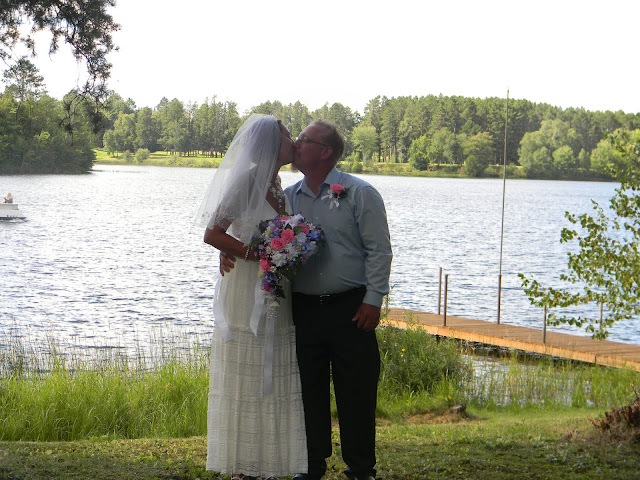 We also ventured to Bismarck.  I had some business I needed to do and then afterwards we went downtown to the historic part of town to have lunch and a bit of shopping.  Matt had wretched his back so we weren't able to do much shopping unfortunately.

We ate lunch at Peacock Alley. It was originally a hotel build in 1933.  The hotel was widely known and many famous people stayed there including Theodore Roosevelt, Calvin Coolidge, John F. Kennedy, Lyndon Johnson, Jack Dempsey and Jose Louis. There's a tunnel underneath where they would bring the high profile people from the railroad to the hotel.  Unfortunately we didn't get to take the tour.  The tunnel was also alleged to have been used to smuggle in booze during prohibition and of course prostitutes.

They have a wide menu of items.  I tried the Beer Reuben.  The corn beef was marinated in beer and the sauerkraut was brined with beer.  It was definitely tasty.  The French Onion Soup also used beer instead of wine.  It was good although I think I prefer the more robust taste of wine in my French Onion.

They are also known for their martinis and beer.  Since the martini special that week was a chocolate martini I HAD to try it and it was quite yummy.  Nothing like drinking your dessert before you eat. Matt tried one of the specialty beers and had a burger he said was really good.

After that we went back to his vehicle and got his growler so he could get it filled at Laughing Sun Brewery.  They had homemade cream soda that I enjoyed.  Matt got his refill of Black Shox Porter and bought me a growler of cream soda to bring home.  They also had a tasty Sinister Pear Ale. It's a nice little brewery and have live music nightly that I'd like to go back for. It was a good thing we'd eaten as they do not serve any food except for pretzels.

I wasn't able to get much canning down this month like I'd hoped.  I did buy 3 dozen ears of corn and managed to can 18 pints. 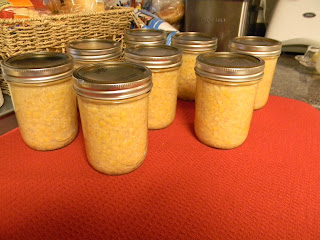 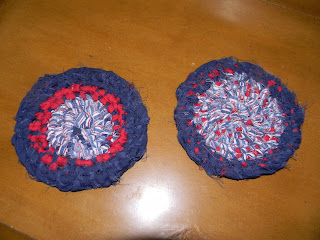 I've been working on coasters this month using the Amish Toothbrush technique.  I've been playing with some leftover scraps from rugs.  These are some of the latest ones I've completed.

Simply Irresistible by Ellen T. White
Interesting overview of famous/infamous women and what they had that attracted men so much. The author comes up with five types of sirens that draw men to them and gives brief synopses of several women who demonstrate each type or a combination of types.  It frustrated me a bit that there wasn't more information on the women, but it's a good place to start if you want to know more about the women who influenced some of the greatest men in history.

Bear Patrol Series by Scarlett Grove
I've been reading a bunch of this series so I won't list all the books.  I just finished Detective Bear. This is a shifter romance series were they turn into bears, typically brown or polar (Ski Bear).  Backstory on this series is that shifters came out that they existed and after years of harassment the Army drafted them to help win a war, after which they were all heros. This group of bears also settled in the same area as they'd been a tight special ops unit while in the military.  Geek Bear, Cory, is a wiz with computers and develops a dating app that can match them to their mates 100%.  The bears are also a tight rescue unit for the area and find lost hikers and such. These books are on the shorter side and I can finish one in a night.

Plain English: An Amish Memoir by Susie Fisher
This is a true story of a girl who grows up never feeling part of her Amish Community and leaves it with the result of being shunned.  Interesting family dynamics both before and especially after she left.

Shadow Spell by Nora Roberts
This is the second in the Dark Witch Trilogy focusing on the brother as they continue to try to figure out how to destroy Cabban.

Homespun Mom Comes Unraveled by Shannon Hayes
Shannon Hayes has a blog called The Radical Homemaker.  Interesting book about how she morphs into a radical mom.  She also has a Facebook page under Shannon Hayes as an author.  The Brocante Book Club is going to be reading another of her books soon.
at September 02, 2016