It was a pretty relaxing weekend.  Saturday I decided to go thrift store shopping.  I can't remember when I last went so I was overdue.  I scored five Patterson novels for Matt for $3.25 total.  I picked up a couple books for myself.  Salvation Army had all their books marked down to 25c a piece.  It looked like they'd gotten rid of most of their books as most of the shelves were only partly full or totally empty so it was really surprising when I found four of the Patterson books there..  Not sure what's up with them cleaning out their books.  Salvation Army is typically our best place to find used books in town.  It appears to be mostly text books now on the shelves, which just seems odd.  I also found a pair of flannel pj pants with Westie dogs on them for $1.99 and a hooded sweater for $2.  I tried to check out a couple junk/chic junk shops but neither of them were open. I went to our heath food store and finally found some carob powder and even better it was marked down 75% so it cost less than $2 for the container!

Saturday night we went to Matt's company's Christmas party. They had a comedian hypnotist named Fred Winters for entertainment.  The show was hilarious.  The man hypnotized 12 people.  He had them do all sorts of things like having the men think they were pregnant and that they'd gone into labor to having one guy turn his shirt inside out every time he said pizza.  I would have hated to be one of the people and have to work with everybody at the company.  I have huge respect for those brave enough (or drunk enough) to be hypnotized in front of all your coworkers. They had a silent auction and I won a filleting set.  It's a really nice wood one with 2 knives and shears and then a universal fishing tool.  I had hoped Matt would win either the 60" TV or the ice auger grand prizes but no luck this time.

Tip had to go back into the vet this week.  He fell coming into the house from the mudroom really hard and then started chewing on himself the same like he was a piranha.  As I didn't want it to get to the point he was bleeding again I took him in.  She thinks he's having some type of skin allergy.  Now we just have to figure out to what.  He's on an allergy medication to help with the itching and doing another round of the antibiotic.  The bad boy did some counter surfing and pulled a bag of King's Hawaiian Rolls off and ate them earlier in the week.  As he was the only one with diarrhea I'm assuming he some how managed to not share his bounty with either of the other two.  A loaf of bread disappeared off the counter last night and we found minute plastic bag fragments on the floor, which is Lacey's MO.  Fortunately nobody has gotten diarrhea. The carob I found will be used for carob treats for the pups.  Tip really misses his Boxer Brownies (carob brownies) from Three Dog Bakery. I think they have the recipe in their book.

MEAD:
Sunday we racked our mead and added blackberries and blackberry puree to the 5 gallon bottle. The 3 gallon one we decided to put some cinnamon sticks and vanilla beans in (which I need to order). We started this batch of mead I think in September, so it's been sitting for almost 4 months.  Hopefully by summer we'll have some tasty beverage options.  Excuse the messy table.

GARDENING:
The lettuce is getting huge.  I'm going to have to raise the light this week.  It seems they double in size overnight.  They leaves are a nice thick leaf, not thin and wimpy.  The dill is up about 3 inches.  The basil I just took the dome off.  I can't wait for it to really start growing so I can harvest some.  Margherita pizza!  The parsley sprouted this week so everything is growing!  The parsley is also the only one with a dome still on it. I put more nutrient in as you need to add more every two weeks. 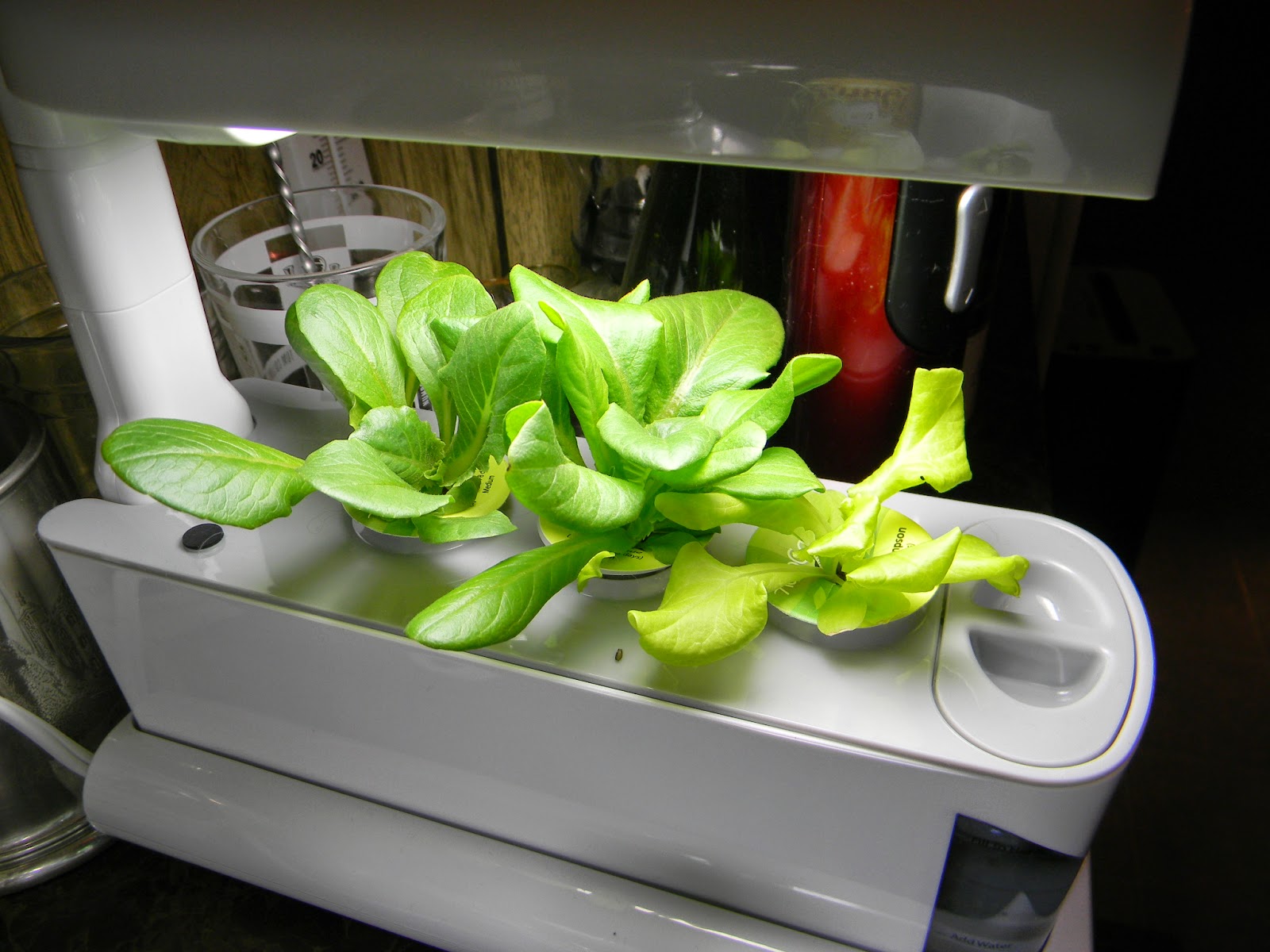 CRAFTING:
I did work on the 10 Stitch baby afghan this week and I'm nearly done with the first skein of yarn.  I already have the next one rolled and ready to go.  I really need to start focusing on this project more.

WINTER ORGANIZING:
I got a start on weeding out one of my bookcases and pulled probably a dozen books out.  I really didn't have a lot of free time to work on it this week but at least started.

I inventoried the freezer a couple weeks ago so I'm trying to use up what's in it.  Using up the 10 clam shells of blackberries that was in it will open up a lot of space.  Matt and Jordon both have been taking frozen meals to work so a lot of space has been taken up with their food.  My menu plan for this week are based around using up items.  Meals includes steak tacos using the flat iron steaks, ham & bean soup to use up the ham bone, sausage and biscuits to use one of the packages of bulk country sausage. I have a ton of vegetables I need to use also.  I may roast the chicken I have and then use the leftovers to make chicken pot pie.
at January 25, 2015