We have been having wet, rainy weather of late and have not been able to get much done outside or do much outside.  I try to get walks in with the dogs between fronts.  I'm watching the radar screens more than the TV shows some days so I can plan accordingly. Matt was telling me that they have a ramp that trucks back down into so they can use a forklift to load and unload.  After one of the intense storms this week he said the store manager told him the ramp was flooded up to the electrical socket and they were going to have to manually pump the water out of it.

Jordon hasn't found a job yet.  I'm amazed that Walmart hasn't called they're in such desperate need of people but if I recall right it took them about 2 weeks before they called me after I put an application in there.  Hopefully soon because he's getting bored sitting around the house all the time.  He has been running on a daily basis to get in shape so that's a good thing.

Firework madness has started and poor Tip is cowering and panting heavily under my computer desk as I type.  I need to give him another dose of Rescue Remedy.  I need to order more, between the thunderstorms and now the fireworks I've nearly used all the bottle I have.  I found it on Amazon for about $8 less than I paid for it here in town so I'll definitely be ordering it online.

Grocery Budget:
I went over my new weekly food budget ($100 wk for the 3 of us) by about $20 but I also had over $20 worth of cleaning/non-food items.  I still need to go to Hugo's and pick up a whole chicken (or maybe a couple) as they have them on sale for $4.98 per chicken.  The cheapest Walmart had them today was $9.98 for a whole chicken so definitely worth picking up a couple for future use.  They also had pork loin chops on sale at half Walmart's price.  I'm noticing that buying for 3 people is a lot more difficult, either things come in packages of 2 or family size.  I had $6.05 worth of coupons.  They do not put coupon flyers in the papers here like they do most places on Sunday so I have to print any I can find off the internet.  Now that I'm feeding three of us I need to watch my food budget big time especially with several trips planned in the 18 months.

Gardening News:
The one good thing about the weather is that our tomatoes are starting to produce baby tomatoes.  There's probably over a dozen baby tomatoes on it and a bunch of flowers yet.  Our 2 plants should produce a nice harvest for us this year.  Aren't the baby tomatoes adorable! 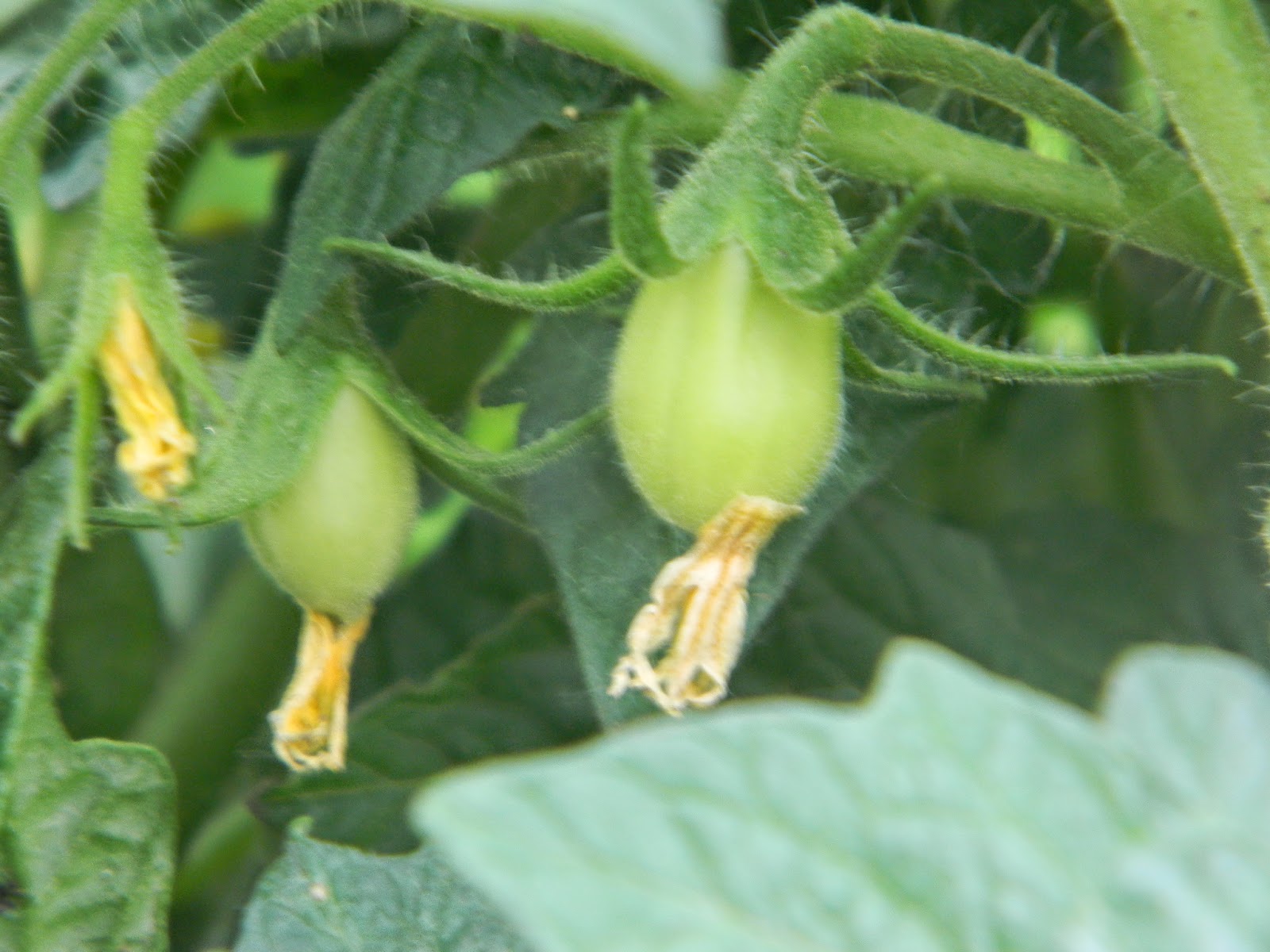 Bad news is something is destroying my basil.  I tried moving the planter but it doesn't seem to be helping. I've looked frequently and can't find anything on the leaves that could be eating them either. 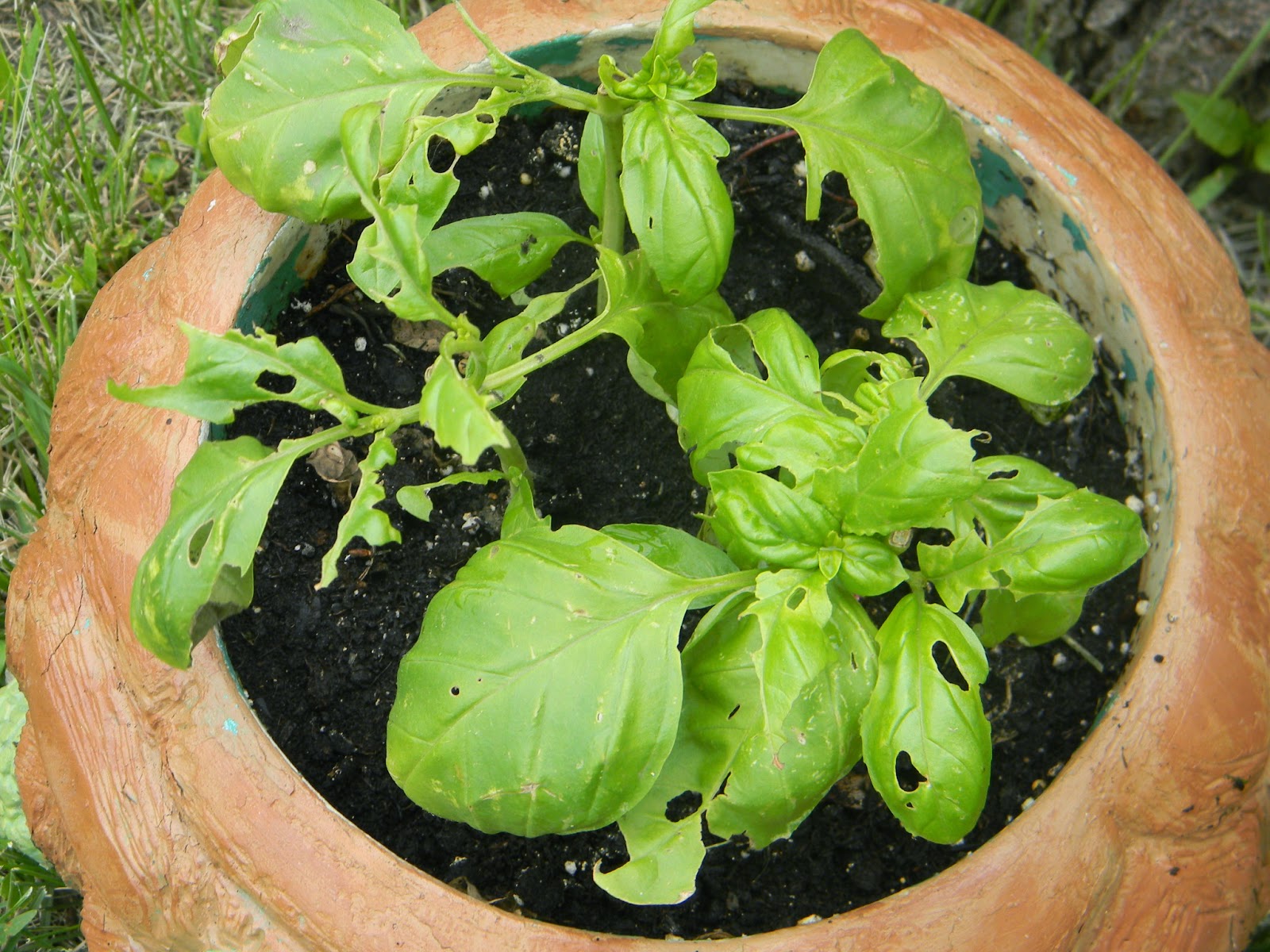 Chives are doing well, I need to get a larger plantar for them as they're quickly outgrowing the small watering can we used to plant them in.  I made mashed potatoes with sour cream and chives in them last week and it was so nice using some of my own chives.  The baskets of flowers we put around the deck railing are blooming beautifully.  Matt's made frequent mention of the fact that it's pretty interesting how after we put out planters and did some yard work all of a sudden several neighbors went out and bought flowers and planters too.  It can only be a good thing for people to be growing things in my opinion especially food.
at June 28, 2014