We just returned from a 4 day trip to St. Mary's Lake in Minnesota.  A buddy of Matt's invited us to come and visit him at his cabin.  It's about 5.5 hours from us so a bit of a road trip.  I wish we could have taken our time going because there were so many thrift stores, thrift markets, and interesting sites all along the route that we didn't have time to stop and check out.  On our return trip we did stop to get pictures with Paul Bunyan.  Unfortunately I didn't get a picture of Matt because the batteries died in the camera.  We took the furkids with and they had a blast.  Tip spent a good portion of the trip laying in the shallow water on the beach.  Lacey even let Matt coax her in up to her back and she never goes more than a couple inches in.  Oreo enjoyed sunning herself the whole weekend. They all enjoyed chasing chipmunks up trees all over the yard. 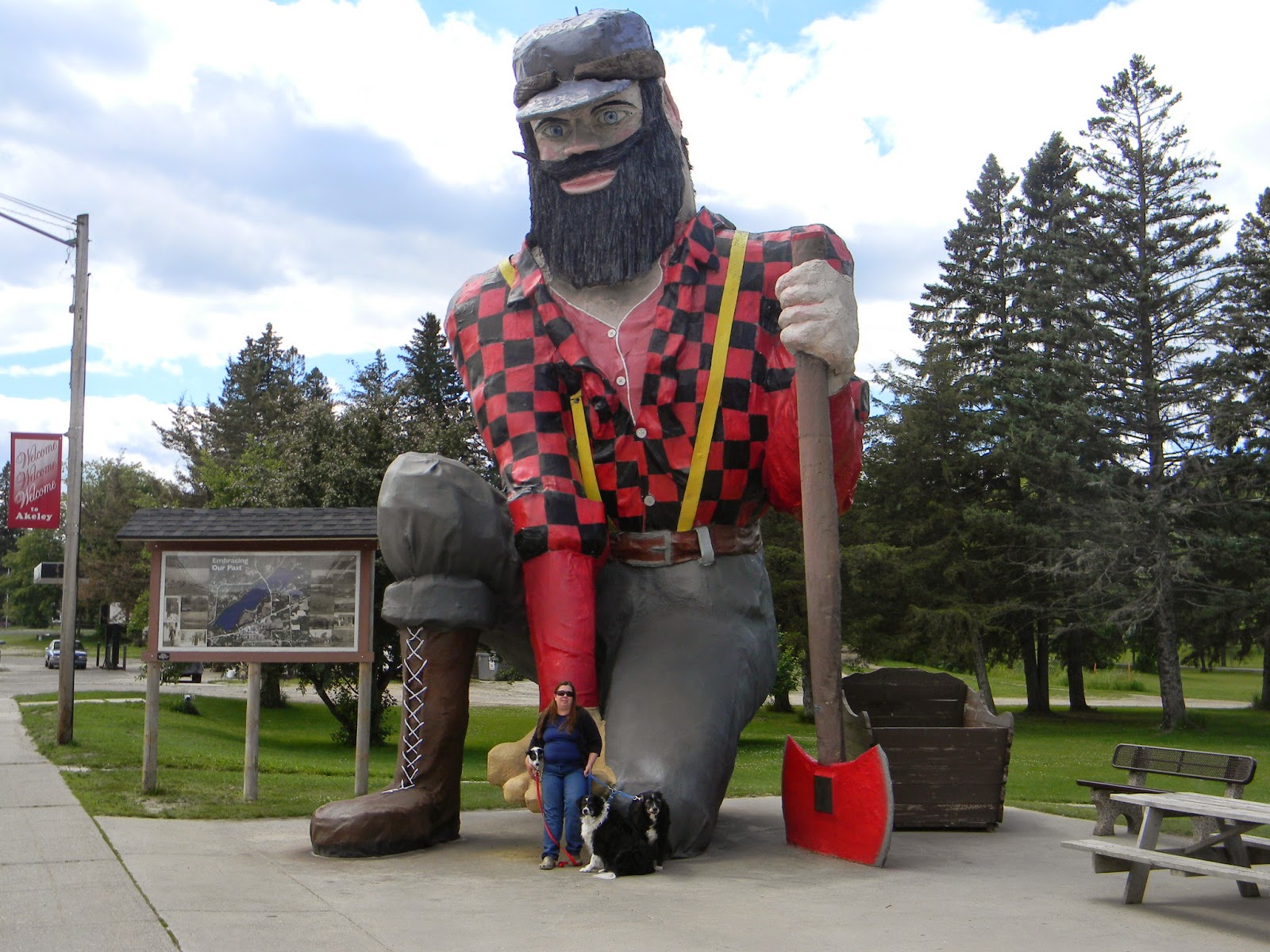 I finished up the rectangular rug and discovered that some bright pink jute had gotten woven into my natural jute and is clearly visible.  I'd hoped that it wouldn't be noticeable. I think the only way I'm going to rescue this is to totally dye the entire rug pink.  Maybe I can sell it to a glamper that loves pink.  It's frustrating to say the least that this occurred.  I may write to the manufacture and lodge a complaint because either I would of had to cut the huge section out and would have ended up being short to finish or dye this to match the colored jute that was woven in to it. It's much more visible then it looks in the picture below.  Otherwise, it's a nice looking rug. 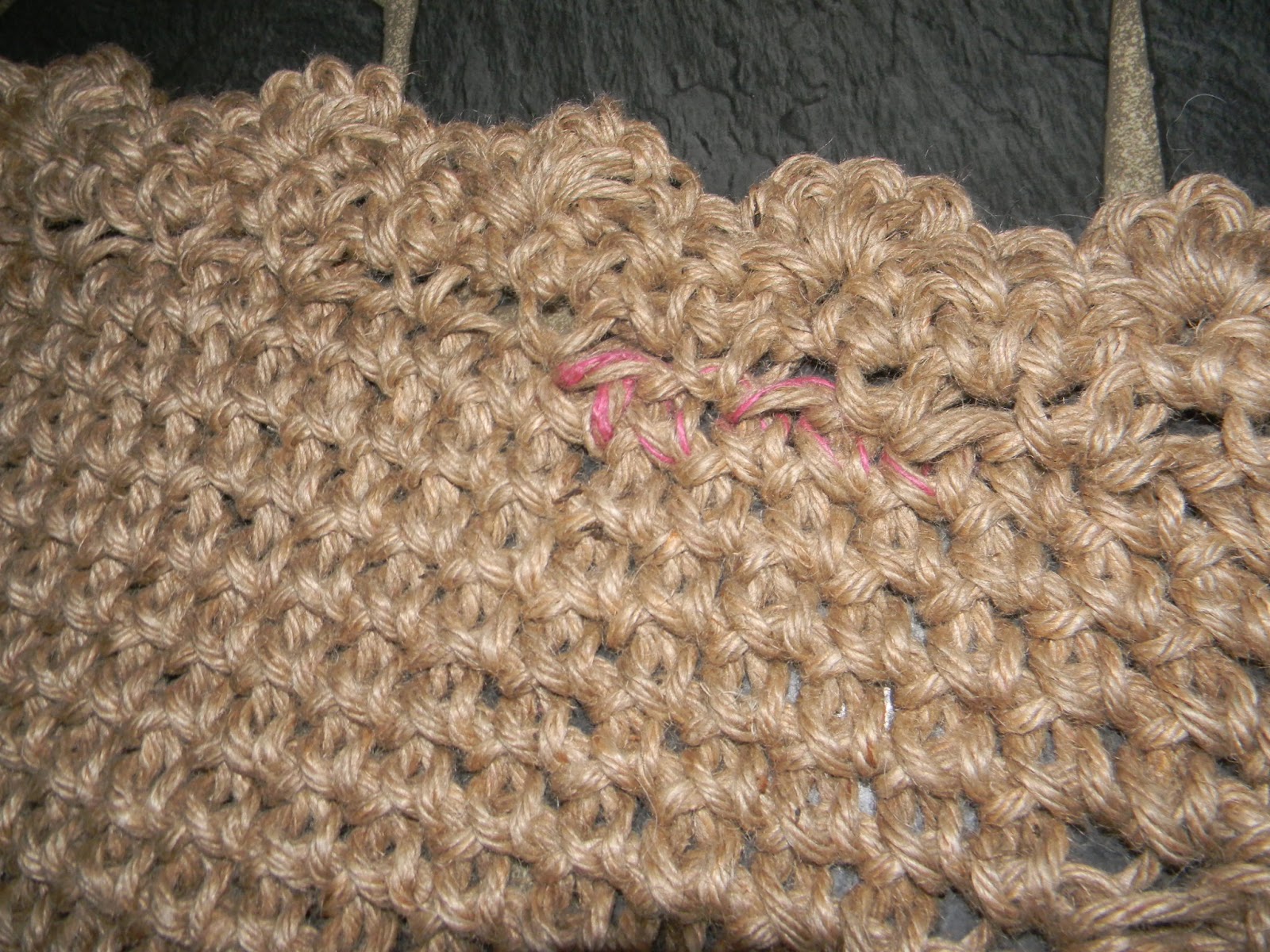 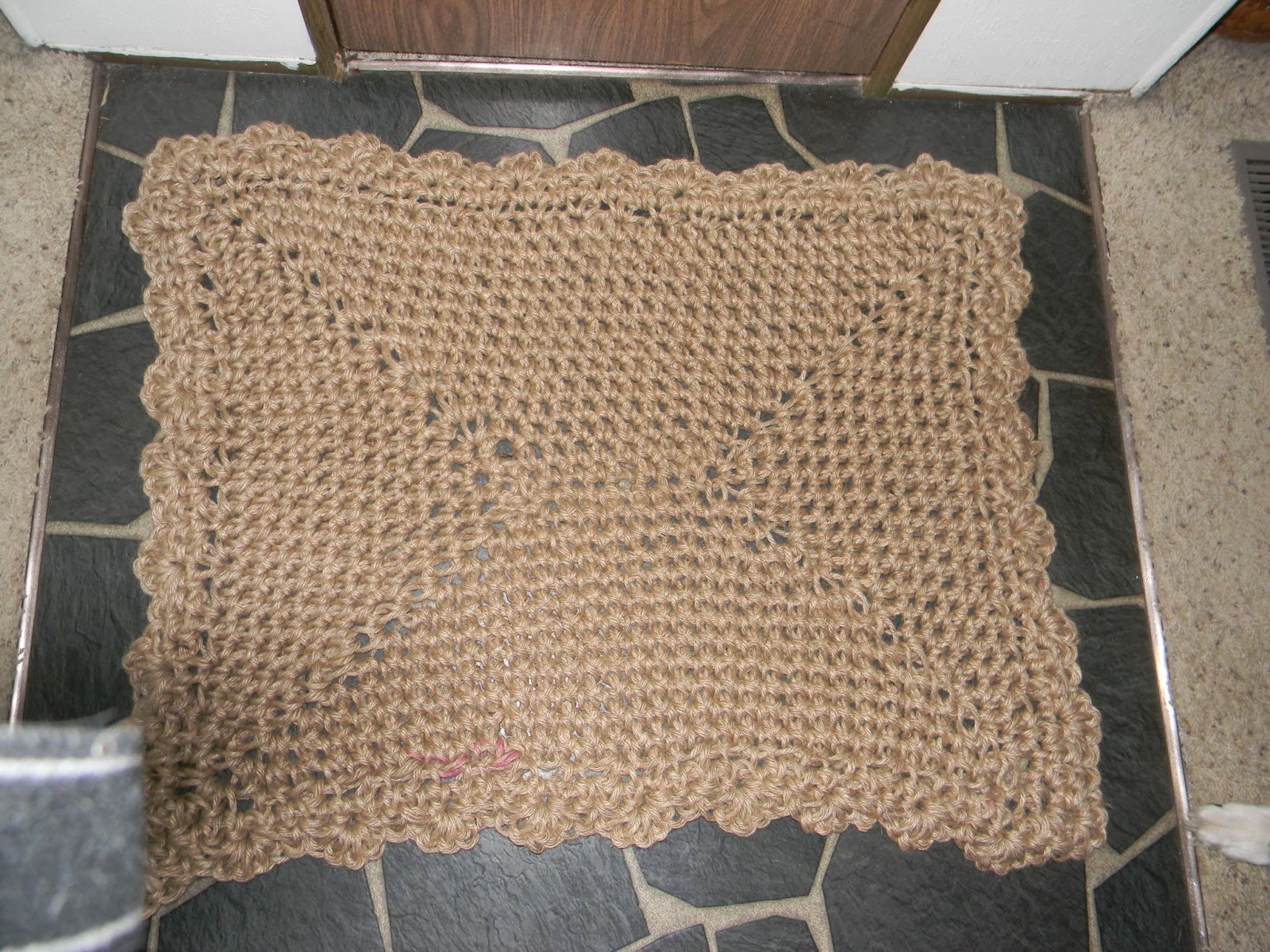 I've made some progress on the twined rug also.  I have about 5" left to work and it will be done.  I have learned a lesson not to be cheap and use yarn for the warping threads.  I'd read an article where the woman said she used her leftover yarn from projects and I thought aha I can finally get rid of some of this yarn I have.  Wrong.  I've had 3 threads break so far and have had to fix them by knotting yarn into the space as best I can to replace.  I'll know from now on to use thinner strips of fabric for my warping. 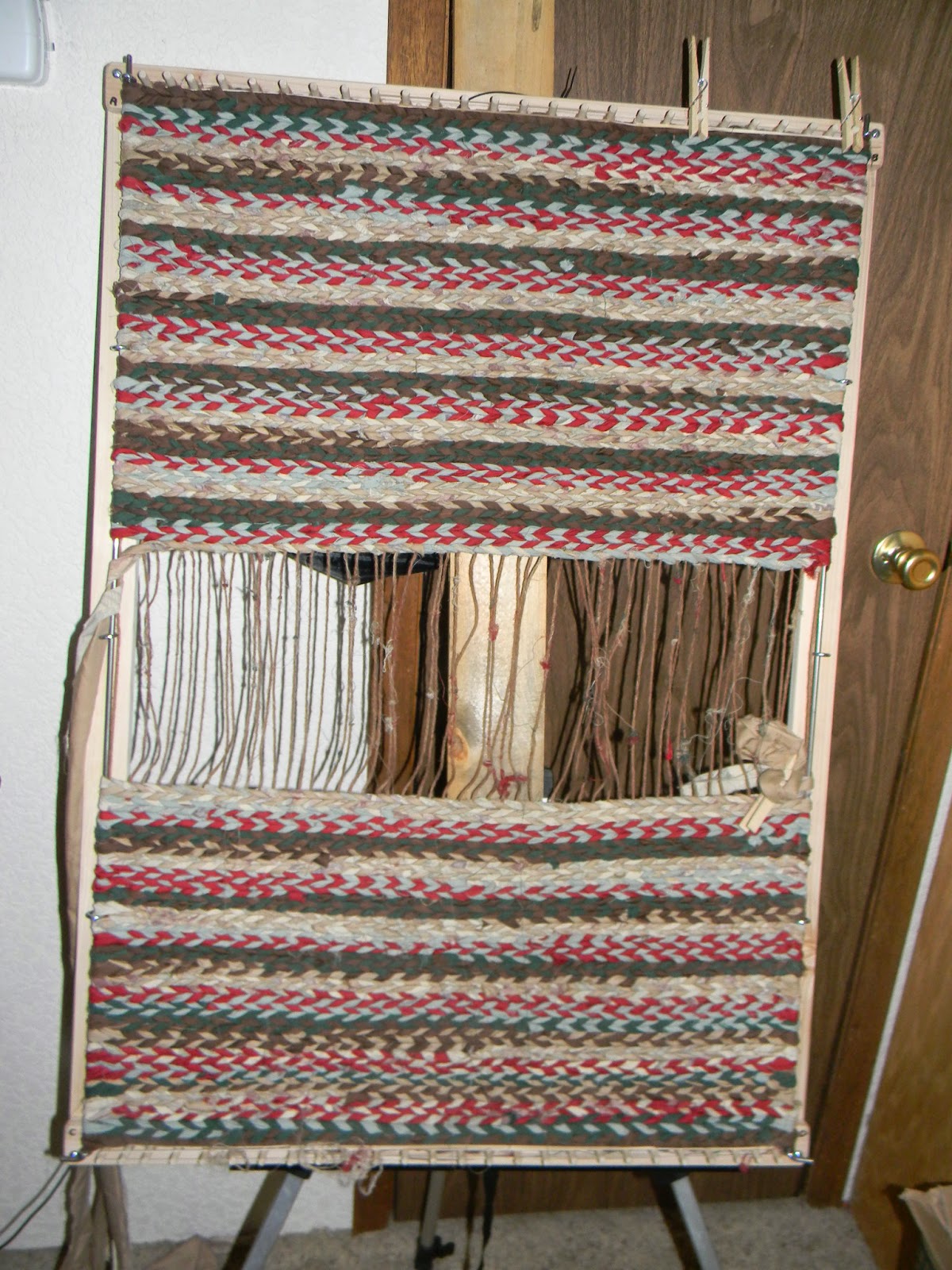 I also got some cross stitching time in on the trip.  As my rug supplies were to big to fit, my cross stitching project was the perfect size.  I don't think I've worked on it since my my was here the end of April. I think I spent a good portion of Friday working on it.

The lettuce is popping up already. I was amazed to see little green shoots 5 days after I planted it.  Got to love lettuce for a fast growing crop.  I'm looking forward to some fresh cut lettuce instead of the store bought.  Tomatoes have a lot of fruit on them.  I noticed when we got back that I have rotten bloom rot starting.  I researched and it appears I need to add some lime to the soil.  From what I read apparently container tomatoes use up the calcium in the soil quickly and need supplemented.
at July 17, 2014