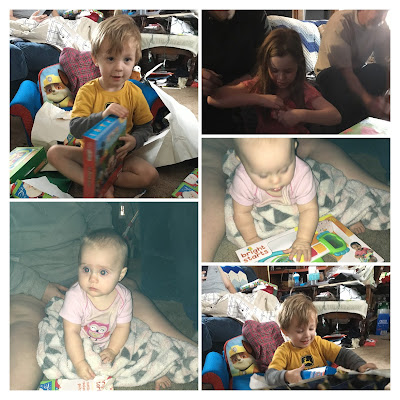 Well, the New Year is here and hopefully this year will be filled with blessings and not fly by quite as fast as last year did. I pray all my readers had a great holiday! Working in the medical field makes holidays difficult, to say the least, and caused crazy scheduling. I felt like I never could get caught up or catch my breath. I was blessed my son and lil dude were able to join us although they returned home the day after Christmas so I didn't get much time visiting with them. 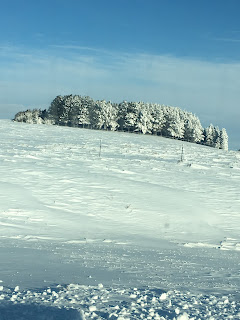 The day after Christmas I got stuck at the hospital overnight because of an incoming snow storm. The hospital informed us we were not allowed to leave if we couldn't guarantee that we could make it back in the next morning. I couldn't guarantee I could get back in so I had to stay. I decided to make it an adventure and went out for supper at my favorite Mexican joint in town (okay it's the only Mexican joint in town). Nothing beats a nice margarita to help a girl relax! I had put a bag in my Jeep with a pair of scrubs and other necessities along with a few food items just in case of such an event and was thankful it was there. The one thing I forgot to pack was a pair of pajamas so I stopped and grabbed some at Shopko after I ate supper, which helped kill some time. After returning to the hospital I made up my bed and then decided to try out the jetted tub for a relaxing bath. I was amazed at how well I slept. I was glad to go home to my own bed the next night though and Mr. B was very happy to have me home. 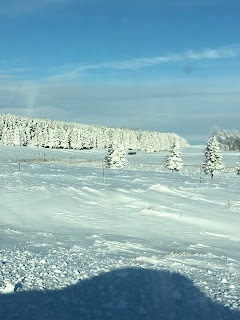 Right before Christmas, we did a road trip to pick up used oil. Mr. B has a furnace in the shop that reuses oil and we were low on oil to heat the shop. All our water pipes come from the shop to the houses so it's important they don't freeze and the shop has to be heated. He gets used oil from farmers and garages after they change the oil in vehicles or equipment. It was a beautiful day out so I took a lot of pictures while he was driving. Mr. B's brother also picked up some used oil by him and brought it up so we were able to get enough oil for at least a couple months. 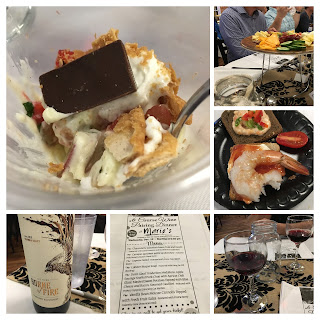 Mr. B and I attended a wine pairing at Marie's in Bottineau on December 12th. It was a wonderful night of wines and food serviced in six courses. Mr. B won us a bottle of wine and a Fireball t-shirt. We returned home with several bottles of wine and the leftover cheese from the appetizer tray. It was something Mr. B had never done before and I was worried about him eating anything, but he was a sport and tried everything. 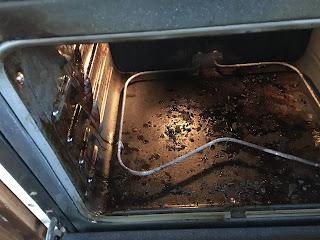 On the homefront I decided to finally break down and clean the oven, which I don't think has been cleaned since Mr. B's wife died four years ago. I felt it really needed to be done before I cooked the Christmas turkey in it. Unfortunately, the oven doesn't have an auto clean feature so I had to use Easy Off Extra Strength and a lot of elbow grease to get it clean. It was so bad I had to spray and let it set a second time before I finally got it clean. 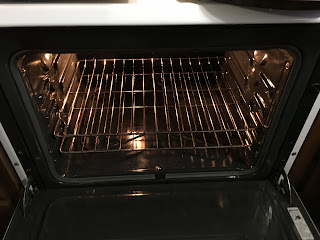 I did manage to get some reading done in December. A lot of it focused on Hygge and Logam.